It is almost six months since the world as we knew it, changed. For many, this period of lockdown has also been one of unlocking some simple joys of life and living. 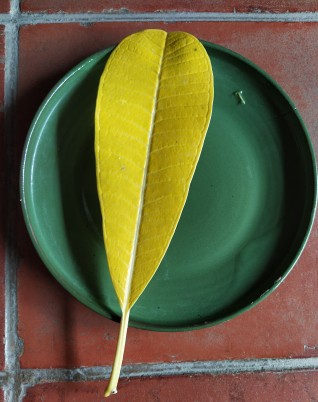 A reprieve from the frenetic activities of modern life has given Nature a new lease of life. And humans, from behind their glass windows, are discovering the wonders of the world that we share with millions of other living beings. People are noticing plants, birds and insects in their immediate surroundings; they are hearing bird song and rain symphonies which had been drowned out by incessant urban cacophony and pollution. Locked inside, humans are rediscovering nature.

Humans are also rediscovering that it is possible, even satisfying, to live with what one has; that life can go on without 24/7 doings and happenings, extravagant shopping sprees, dining out, and other self-indulgences. That the quality of life is not dependent entirely on the quantum of material resources.

But this is not the first time in history. Almost 200 years ago Henry David Thoreau took a break from the often numbing routine of daily life which was driven by the need to earn a living. As he put it “the mass of men lead lives of quiet desperation.” He wondered, “Was it possible to lead a different kind of life?”

Thoreau spent two years, two months and two days living by himself in a basic wooden cabin that he built himself, on the shore of Walden Pond, near Concord, Massachusetts in America. He wanted to answer for himself the question “how simple can a life be and still be a good one?”, and to illustrate his belief of “much in little.”

As he wrote, “I went to the woods because I wished to live deliberately, to front only the essential facts of life, and see if I could not learn what it had to teach, and not, when I came to die, discover that I had not lived. I did not wish to live what was not life, living is so dear; nor did I wish to practice resignation, unless it was quite necessary.”

Even while at Walden Pond, Thoreau did not live a life of seclusion. He had visitors, and walked to the nearby village often. His experiment was more to prove that one does not have to go far in any physical sense to “get away from it all.”

During this period in 1845-46, he observed, enjoyed and recorded his observations of the natural world around him. These were to be published as Walden, one of his best known works. It also earned him the moniker Father of Environmentalism.

Thoreau was however much more than a nature writer. He wore many hats–social reformer, naturalist, philosopher, transcendentalist, scientist, and conscientious objector.

Born on July 12, 1817 in New England, USA in a middle class family, he graduated from Harvard following which he spent some years teaching in school, and also working in his father’s pencil factory. The young Thoreau was greatly influenced by Ralph Waldo Emerson who became his close friend and mentor. He began to publish essays that reflected his deeply-felt political views which were considered radical in those times. He was an outspoken abolitionist and was arrested (and jailed for one day) for resisting to pay poll tax to a government that supported slavery. This experience led him to write one of his best-known and most influential essays titled Civil Disobedience. He made a strong case for acting on one’s individual conscience and not blindly following laws and government policy. “The only obligation which I have a right to assume is to do at any time what I think right,” he wrote.

Thoreau’s non-violent approach to social and political resistance greatly influenced Mahatma Gandhi who adopted many of his thoughts while developing his concept of Satyagraha.

Following his Walden experiment Thoreau wrote extensively, although a lot of his writing was published and became well-known only after he died. He continued his daily afternoon walks in the Concord woods and kept a journal of his nature observations and ideas. He travelled and lectured, living on a modest income, till he died of tuberculosis in 1862, at the age of 45.

Thoreau, a man of simple tastes and high thinking, was indeed an original thinker of his times. The lesson he taught himself and that he tried to teach others, was summed up in the word “simplify”. That meant simplify the outer circumstances of your life, simplify your needs and your ambitions; learn to delight in simple pleasures which the world of nature affords. It meant also scorn public opinion, refuse to accept the common definition of success, refuse to be moved by the judgement of others. And unlike most who advocate such attitudes, he put them into practice.

A few years ago on a trip to the United States I had the opportunity to retrace Thoreau’s footsteps on a walk around Walden Pond, and see the modest shack where he penned his notes on nature. At that time I knew him mainly as an evocative nature writer. Today I find that his philosophy of life and living is more relevant than perhaps ever before. And Walden is so much more than a nature lover’s diary—it is an inspiring guide to changing the way we view ourselves and the life we want to live, especially in these times when we are feeling lost, and the times that will follow.

Our life is frittered away by detail. Simplify, simplify. Henry David Thoreau

2 thoughts on “Much in Little”