“(Swadeshi) means production and distribution of articles manufactured in one’s own country.”

“Swadeshi is that spirit in us which restricts us to the use and service of our immediate surroundings to the exclusion of the more remote…  In the domain of politics, I should make use of the indigenous institutions and serve them by curing them of their proved defects. In that of economics, I should use only things that are produced by my immediate neighbours and serve those industries by making them efficient and complete where they might be found wanting.”

For Gandhiji, swadeshi was the key to independence. To him, swadeshi had several dimensions including the political—revolving around revival of indigenous institutions and their strengthening; and the economic—as a powerful tool for local production and therefore decentralized livelihoods.

Which brings me to the story of my Ratnam/Guider pen. Inspired by Gandhiji’s call for swadeshi, K.V. Ratnam started manufacturing fountain pens in Rajahmundry, Andhra Pradesh in 1932. Mr. Ratnam sent one of the pens to Gandhiji in 1935, and Gandhi wrote back to him (presumably with the gifted pen).  The shop(s) proudly display the quote: “I have used it and it seems to be a good substitute for the foreign pens one sees in the bazars.” Nehru is said to have made a trip to the shop during one of his visits to AP, to get himself a pen or two. One wonders which of his literary works were penned with a Ratnam! Ratnam pens were symbols of self-reliance and national pride! 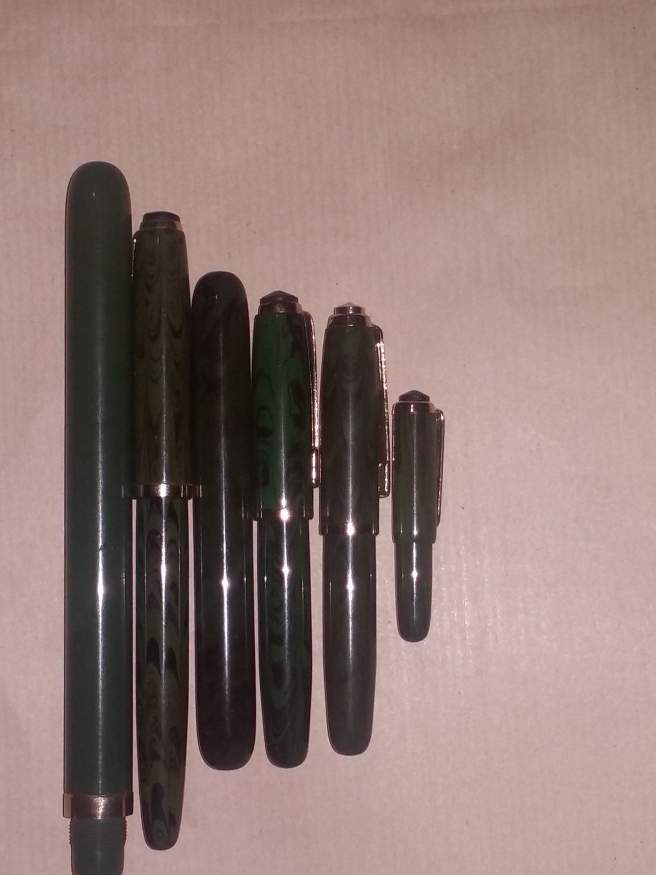 Today, Rajahmundry boasts more than one shop which are offshoots of this legacy of hand-made pens—two Ratnam Pen shops run by Mr. K.V. Ratnam’s two sons, and the Guider pen shop which also claims its lineage to this.

I have had the fortune of visiting Rajahmundry and two of these shops. It was an experience to go to the back of the shop and see a workman turning the pen and shaping it by hand! I bought more pens in more sizes and colours than I know people who still write with fountain pens! But those to whom I have gifted them, cherish them.

Not only for the historical connection, but also these pens write beautifully and are beautifully hand-crafted. They are highly prized by pen collectors and orders come in from across the world.

I may not be written about in history, but I can write with a piece of history!

P.S: Even as the nation gears up to mark Gandhi Jayanti, here is a sad piece of news:

2 thoughts on “Swadeshi and My Ratnam Pen”