Basant Panchami, celebrated on the fifth day of the Magha month, heralds the end of winter and the coming of spring. It precedes Holi which marks the beginning of summer  by about 40 days.

Yellow is the colour of this festival. With good reason—of the myriad flowers that bloom in the spring, many are yellow. Mainly the mustard flowers, which turn North India’s landscapes golden in these months. Yellow is also the colour of Goddess Saraswati, to whom this festival is dedicated in some parts of the country.

Apart from marking a major seasonal change, there are many stories and myths associated with the festival.

My favourite one is to do with Poet Kalidasa. The story goes thus, for those who need a refresher: The Princess of one of the kingdoms in the North (not at all clear which one!) was very intelligent. She laid down the condition that she would marry only the man who beat her in a contest of wits. Many a suitor came and was rejected, including the son of the CM of the country. Male egos were as fragile then (approximately 5th century CE) as now, and the CM and maybe some of the rejected suitors decided to give her her comeuppance. Imagine a girl proving that she was more intelligent than men! Anyway, they decided to hunt out the dumbest guy in the country in a kind of reverse intelligence test. They were thrilled when they located a shepherd who they felt was the epitome of dumbness—it is said that they spotted him when he was sitting on the tip of branch high up on a tree, and sawing away at the branch—which would of course have resulted in his falling down along with the branch. Through a series of ruses, they managed to trick the Princess into thinking he was very intelligent. The Princess married him, and obviously the secret came out pretty soon. The Princess threw the husband out. He was in despair and on the verge of suicide. At this point, Goddess Sarwaswati is said to have appeared in front of him, and asked him to take a dip in the river. And then the miracle happened! When he emerged shivering from the river, it was with a hymn to the Goddess on his lips—the Shyamala Dandakam! A miracle had happened–he had gained poetry, wisdom, language and knowledge! That was Kalidasa—the man who gave us works such as Abhijñānaśākuntalam, Kumārasambhava, Ritusamhara, Meghadhoota, etc. The episode of the Goddess giving him darshan and his gaining wisdom is said to have happened on the fifth day of Magha, which therefore we now celebrate as Saraswati Puja, and pray that the Goddess may bestow similar gifts on us. . (It has always intrigued me as to what happened with the marriage. Did Kalidasa and the Princess get back together? I don’t remember that the story ever referred to that.).Some people also mark this as Saraswati’s birthday.

The other story involves Shiva and Parvati and is a bit gory for my liking. Shiva’s beloved wife Sati had died, and he went into total depression (following a huge show of rage). He started meditating and was oblivious to the world and his duties. But the world needed him to keep the cycle of life going—an immediate requirement being that a son be born to him to destroy the demon of the moment. As per the larger plan, Sati had already taken her birth as Parvati, the daughter of the King of the Himalayas where Shiva sat in meditation. But nothing she did could even get him to open his eyes. That is when the gods sent Kamadeva, the god of love, who shot an arrow at Shiva and got him to open his eyes. So furious was Shiva that he opened his third eye and burnt Kama before anyone knew what was happening. But the purpose was achieved–he also saw Parvati and fell in love with her. Kama’s sorrowful wife Rati underwent rigourous penances for 40 days till Shiva relented and agreed to let Kama, the collateral damage, resume his physical form for one day a year. The day this happened was Basant Panchami.

East and North India seem to celebrate this festival much more than the South—at least, I don’t remember this as one the special days in our Tamil calendar. So for me Basant Panchami is memories of amazing bhogs at the houses of dear Bengali friends. And an opportunity to wear yellow, a colour too bright for my usual palate.

Grateful for the diversity of stories, traditions, celebrations. Surely makes our lives more colourful and interesting! 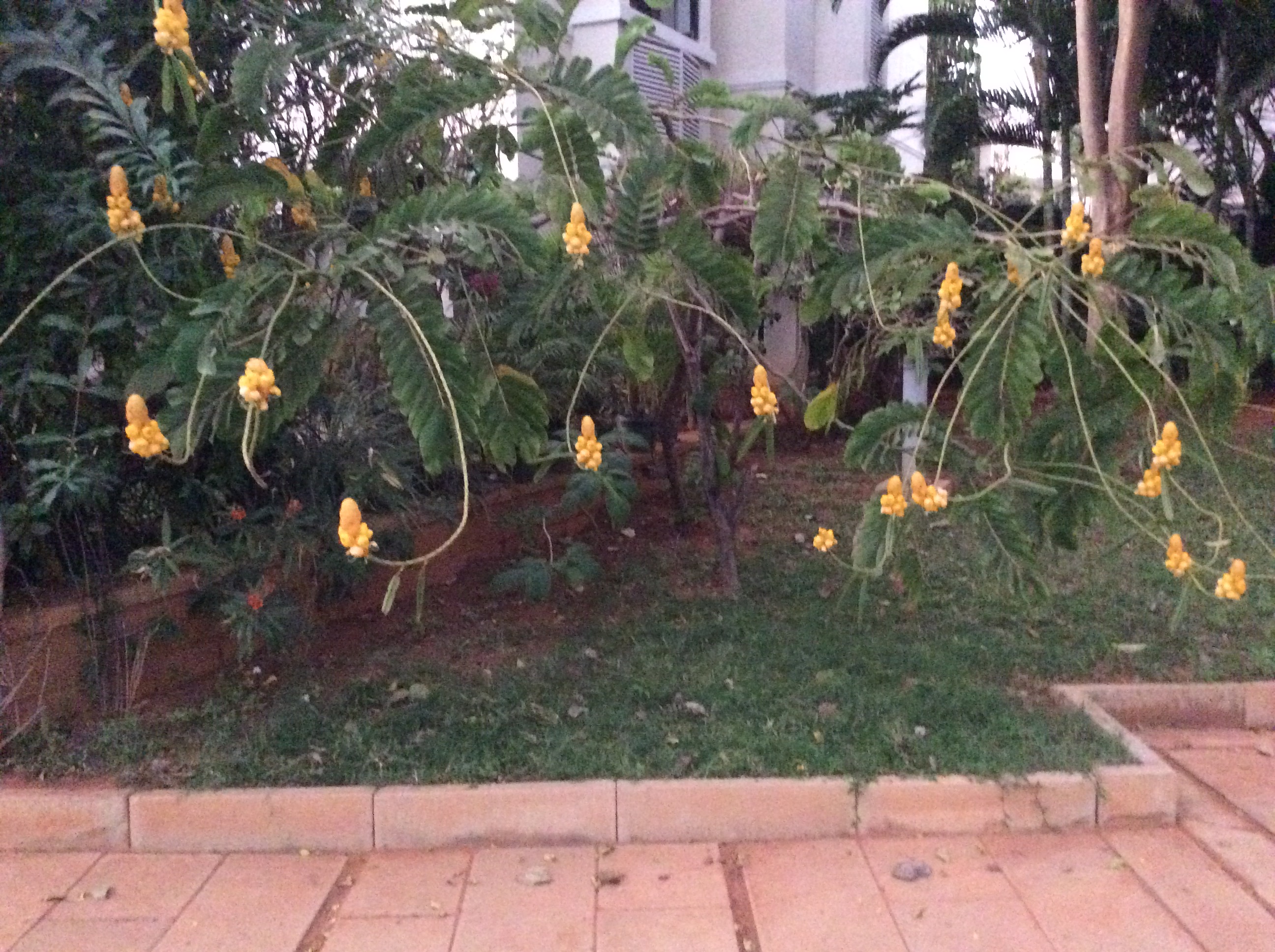 Basant Panchami went by last week. The mustard fields of Punjab must have been a riot of yellow, but my own little shrub was beautiful too!

Basant Panchami falling 40 days before Holi, marks the transition towards spring. As always, the festival is celebrated differently in different parts of the country. In some parts of India like Bengal, and even as far afield as Indonesia, it is marked as Saraswati Puja. Apart from the fact that it is the time of flowering of many plants like the mustard which has yellow flowers, the colour yellow marks this festival because of its association with Saraswathi, Goddess of Learning.

I could not really find what the exact association of Basant Panchami with Saraswati is (being a Tamilian, I celebrate Saraswati Puja during Dusshera). But I did come across one very interesting story linking the two.

The story of Kalidasa is well known. He lived in a country with a princess renowned for her intelligence and wit. The princess set the condition that she would marry only the man who answered a series of questions she put to him. Many a man—king, prince, warrior, commoner—tried and failed. The people of the country were fed up (and a lot of male egos probably smarted). A bunch of them decided to teach her a lesson. They set up the village idiot for this. They knew the questions, and tutored him as to how to respond to them—basically not to open his mouth and exhibit his ignorance, but simply show hand signs.

The ruse worked and Kalidasa married the princess. (Actually, he was not called Kalidasa then, but acquired the name later). It did not take the princess long to figure out that her husband was a dolt. She threw him out.

Depressed, he wandered about. In most versions of the story, he went and prayed to Kali in a temple, and she blessed him with brilliance and wit and eloquence (Maybe on behalf of Saraswati? Or asked Saraswati to bless him with these attributes?). There is however a lesser known version of the story that he was kicked out of home and hearth around Basant Panchami, and on the day of Panchami, he tried to drown himself in the Ganga. Saraswati saved him and endowed him with her blessings. Thanks to which he went on to become Sanksrit’s greatest playwright, giving the world such gems as Abhijnanashakuntala , Vikramorvashi , Malavikagnimitra,  Raghuvamsha, Kumarasambhava  and Meghaduta.

So happy journey towards spring! May Basant Panchami bring wit and wisdom to all of us, as it is said to have brought Kalidasa.